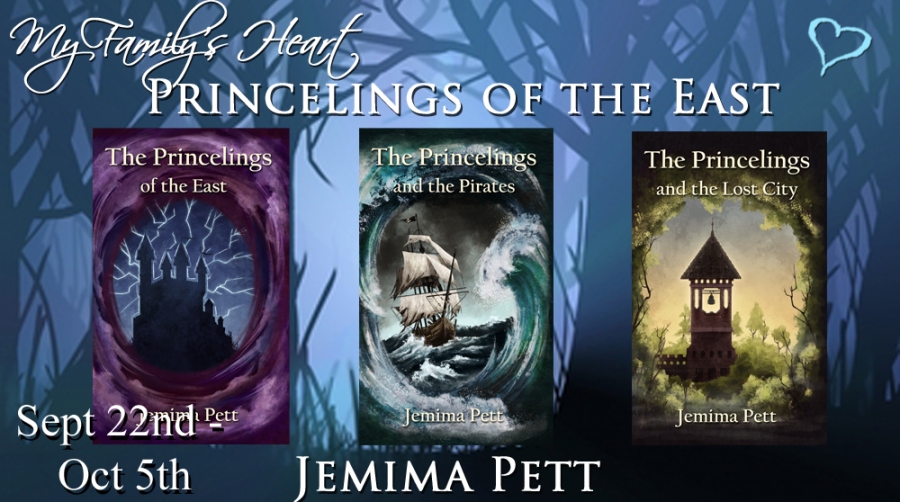 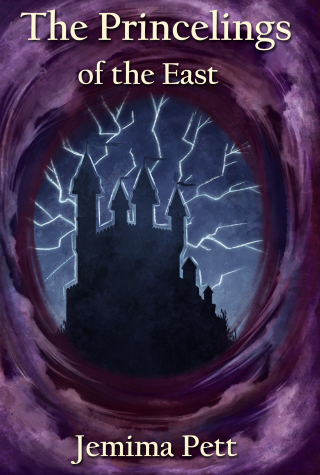 The Princelings of the East is an adventure set in a world of labyrinthine castles, bustling inns, and the curious Isle of Hattan.
Princelings George and Fred leave the security of their isolated castle to solve the problem of the Great Energy Drain, meeting the dubious businessman Hugo, the young barkeeper Victor, the impressive Prince of Buckmore, and other movers and shakers. Who should these two innocents trust? Their wits and each other, for sure, but when something comes between them, each is left to his own devices, and some of those devices are very strange indeed – and time is of the essence.
The Princelings of the East is the start of a saga where friendship and intelligence are rewarded, even in the face of treachery and deceit.

Fred sat staring at the tunnel, lost in thought. George waited. This might take a while. He could hear soft sounds of crackling flames in the fire on the other side of the wall, and in the distance the occasional pitter-patter of footsteps echoing down the corridors. He wondered what would happen if they ventured out of this castle into the tunnels. When he had been out in the marshes, he’d never gone a long way from home; the castle was always visible in the distance, light glinting on its spires. He’d never been out overnight, either. He identified a strange feeling inside him. They might be on the edge of a Great Adventure, but he wasn’t sure he wouldn’t rather be safely tucked up in bed.

Fred stirred. “We need to go and investigate this Great Energy Drain,” he said. “We must find out whether it is a widespread phenomenon, and whether the causes are known.”

George nodded; this was elementary procedure for an investigation. “And then?” he asked.

“And then,” answered Fred, “we shall come up with some ideas for how to solve it.”

“Good idea!” said George, knowing that you can never know exactly how you are going to do something until you have made the preliminary investigation and tested out a few theories. But the aim was set, and all they had to do now was decide… to go or not to go? 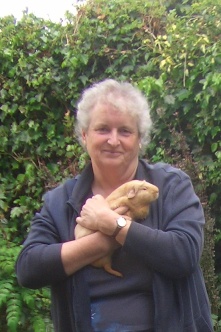 I’ve been writing since I was 8 years old. I still have a small booklet I found in my mother’s box of treasures, written in a very childish hand, entitled The Little Stream. It reads very much like the story of Smetana’s Vltava, or The Moldau as it was called when I was young, so I must have been into classical music at an early age (I blame my brothers’ influence). My early fiction attempts failed for want of suitable inspiration: I couldn’t get characters or plot that seemed interesting, and my first attempts were derided by a ‘friend’. I had the bug for writing, though, and wrote articles and event reports for newsletters and magazines whenever I got the opportunity. My career in business and in environmental research kept me chained to a desk for many years, but also gave me the opportunity to write manuals, reports, science papers, blogs, journals, anything and everything that kept the words flowing. Finally the characters jumped into my head with stories that needed to be told….
I now live in a village in Norfolk, UK, with my guinea pigs, the first of whom, Fred, George, Victor and Hugo, provided the inspiration for the Princelings stories.

1 x $25 gift card/PayPal cash (paypal cash is much easier for me to deliver)
1 x set of the six Princelings of the East paperbacks
5 x 1 signed print of a chapter illustration of the winner’s choice (approx. half letter-sized/A5, unmounted)
a Rafflecopter giveaway

OTHER BOOKS IN THE SERIES 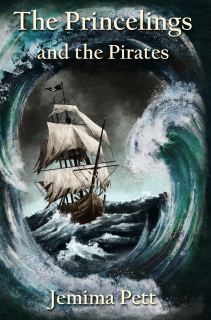 The second book of the Princelings of the East series shows our heroes, Princelings Fred and George, enjoying life with their inventions at Castle Buckmore. Oblivious to the kidnap of a princess from Chateau Dimerie, they are despatched there by Prince Lupin to discover why the wine hasn’t been delivered and solve the case of the missing messengers.
What follows is the stuff of nightmares. Captured by pirates, sent off on different ships, Fred endures hardship and shipwreck while George has a dangerous night escape. They discover treachery at their home castle, and lead the people they have rescued to safety, only to end up fighting for their lives in the Battle of Dimerie.

“Right, you lubbers!” said the black guy. “My name’s Frankie and if you know what’s good for you you’ll listen hard, work hard and keep your mouths shut.”

He passed round eight bits of stale biscuit and a bucket of fairly clean water and a scoop. They each took a drink, and some of them nibbled the biscuit. George found his stomach settled down a bit, and tried to see whether Fred and Victor were among the party in the darkness. He rather thought they weren’t, and frowned. The haughty guy refused the biscuit, saying it was disgusting, and one of the other guys took it off him, and wolfed it down.

Frankie waited for them to recover their senses a bit more, then started talking again.

“You are now aboard the Golden Guinea, the prettiest barque that ever sailed the seven seas. You will do as you are told, you will work hard, and if you don’t, you will walk the plank. That means you will find yourself swimming, possibly in shark infested waters, a thousand miles from the nearest land. You won’t last long.” And he laughed again. It was not a pleasant laugh. 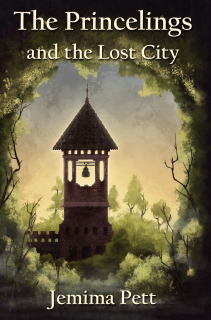 Book 3 in the Princelings of the East series is the completion of the trilogy. A mystery is uncovered in the Prologue (which is unravelled in Book 5), then the story moves to more familiar territory as our heroes, Princelings Fred and George, wait at Castle Buckmore for the arrival of Princess Kira from Dimerie in a flying machine. George’s power plant invention is overtaken by his enthusiasm for flying, but Fred is upset by Kira’s strange behavious after the visit a legendary ‘lost’ castle in the middle of a forest.
What is the secret of the Lost City? Are the old wives’ tales, of a civilisation ruled by females where no male dare set foot, true after all? Will Fred and his friend escape with their lives? How many times can Princess Kira be kidnapped in one story? The path of true love runs anything but smoothly in this tale of love, bravery, cruelty and loss.

A strange noise crept into their consciousness, a sort of buzzing. It changed tone, skipped a beat and sometimes stopped altogether. The princelings looked out, straining to see what was making the noise. Fred stared down the road as far as the bridge; George gazed up into the sky as if he was dreaming.

“There ….there..they..ther….” he stuttered and pointed for Fred to locate.

“What?” said Fred, following the direction and wondering why he was pointing into the sky. There was some sort of bird flying towards them.

“I w-wond-ered … a ffly-ing ma-ma-sheen.” In his excitement, George was having trouble getting any words out at all. He slipped off the window seat and went over to a pile of papers beside his bed. He selected one near the top of the pile and brought it back to Fred.

“M. Bleriot demonstrates flying machine at Fortune,” read the headline. Underneath was a picture of a very dashing French person with a helmet and goggles standing next to a funny tube with two boards sticking out of it on either side.

Fred glanced at it, held it close to look at the machine in more detail and dropped the paper to look at the sky. A very similar machine was now approaching the last stretch of road before it turned to come into the castle itself.

“Oh my goodness,” said Fred, his eyes wide in panic. “She’ll be killed!”

Paul R. Hewlett is the author of the Lionel's Grand Adventure Series, beginning chapter books for children. He is also the co-author of the kidlit blog Sher A. Hart: Written Art. His debut book, Lionel and the Golden Rule, was released in December of 2011. He released his second book, Lionel's Christmas Adventure, in November of 2012. You can learn more about Paul and his books at his website: paulrhewlett.weebly.com.
View all posts by Paul R. Hewlett →