Editing on the cheap: Step 1

Share A Heart April 6, 2012 April 6, 2012book reviews, critique, ECW, editing, editors, Emerald Coast Writers, publishing, writing, writing mistakes
I put off this post twice, not because I didn’t want to do it, but because other things got in the way. I forgot I had a contest for which I needed to post the winners along with the end of the story I asked them to guess. Everybody guessed it had a sad ending and they were wrong. Today I want to help authors whose books might have a sad ending if they’re not edited to professional standards. By a sad ending, I mean bad reviews and poor sales for a book that leaves people as excited at these students.

Have you ever felt this way about reading a book? My guess is yes. So I hope to correct attitudes about editing, not just inform about the rules. If you haven’t read my post titled “Mistakes that make me put a book down,” please read it now and then come back. In addition to the mistakes I listed, other readers left their most hated mistakes in the comments. That should give you an idea of the things that drive readers crazy or drive them away, along with some important editing links to fix most of the language mistakes I listed. These links include an editor, Jane Smith, who reviews indie books on her blog. With most indie authors doing such a bad job of editing, Jane rarely reads more than 10 pages. Her reviews point out what professional editors look for. This includes way more than typos. So if your book sales are terrible, you  might as well find out why. Yes, it will hurt. But it’s a free review! So suck it up. Rewrite your book, rename it, and try again until your book flies off the virtual bookshelves. 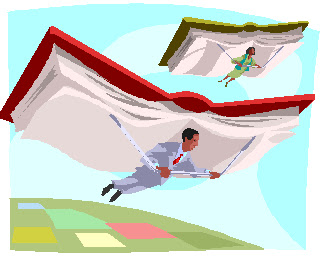 Google is free too, except for the internet provider costs. Most of my language mistakes have been solved by me Googling the solution. Wait, what’s wrong with that last sentence? It’s passive voice, worse than just using a passive verb, another common problem. In passive voice, the noun gets acted upon instead of doing the acting. “I solved most of my language mistakes…” changes passive to active. Passive verbs are more common but still boring. Is it critical that your character still be doing something? If not, change “she was running” to “she ran” to make the action pass faster and to save on word count. And don’t forget to add the scenery.

Even if an author knows every rule of grammar and punctuation, he or she will leave out words or type a word or phrase that means something other than what the author meant. I’m very serious when I say no author should depend on their own eyes to catch their mistakes. I know from experience. All language rules aside, there’s story structure, plot, characterization, setting, theme, dialog, etc. to worry about. These are things professional editors look for, but I promised help for authors who think they can’t afford to hire an editor. Before I do that, I still want to convince you that you can’t afford not to. Read this article, especially if you think you can do with just a proofreader: The Red Pen of Doom: The evil secret to all writing–editing is everything. Besides, the professional editor the author recommends isn’t as costly as a kindle fire. Theresa Stevens will even answer your questions on her blog! That should make your hard-earned money run farther.

Now for an almost free editing choice, not completely free because there’s gas money involved and maybe some dues. Let me clarify that this is on the way to, not instead of, professional editing. The best thing I ever did (in relation to both writing a good book and editing) was to join a critique group.  I found a local group by Googling (city name) writers’ group. I found Emerald Coast Writers (ECW), a great organization with two different critique groups, one  during the day and one at night. After I conquered my fear that somebody would steal my book (they didn’t), I read my first 5 pages aloud at a meeting. Looking back at them, they were terrible, full of passive verbs, no dialog and little characterization.

Expect that some people won’t like your work or won’t like anybody’s work but their own. Develop a thick skin. Take everyone’s criticism and do your best to provide a good critique in return. But most people will do like they did for me, give enough praise and constructive criticism to encourage you to improve your work and keep attending. If you check online for answers to questions brought up at previous meetings, your skills and popularity will improve fast. Most groups don’t have a negative Nellie, but if yours does, you can counteract by being positive. This does not require dishonesty, just pointing out the good parts of everyone’s work along with the bad.

I learned a lot from ECW’s group. It included a college English professor, a newspaper professional, and one man who I swear memorized the Chicago Manuel of Style. But finding a group that fits your genre is important too. It’s easier said than done in some areas. Three years after joining ECW’s group, I had no idea my book was twice the word count limit for YA, let alone middle-grade. I found out by accident, and since I didn’t expect this post to be so long, next time I’m going to tell you how that accident led to me finding the help I needed to hone my work for the right age group.

In the meantime, happy writing and editing!